Because I have been absent for a couple months scouting and chasing elk around the mountains I would like to dedicate my return to my friend Bryan Allison of Helena, MT who just had a fantistic trip to the Atlantic!  I will be pouring in short stories and the grand finale of my time in the mountains ASAP!!

Here is Bryan's adventure!  And if you would like to check out his awesome blog visit him at: http://troutjig.blogspot.com/ 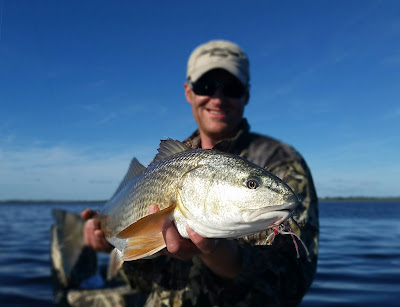 I had the opportunity this October to pack some Glass Minnows from Kit's Tackle on a plane east out of Helena, Montana and introduce them to some salt water fish in the Pamlico Sound between the Outer Banks and the North Carolina mainland. It had been nearly a dozen years since I'd targeted redfish and speckled trout. This trip was a long overdue adventure to join my dad on a blast-and-cast he and his brother Ed make every year. I was once regularly a part of it back when the tradition was being born more than 20 years ago. It also includes some freshwater fishing and whitetail deer hunting, but I was particularly excited to hit the salt. 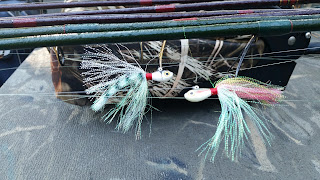 We took fish on some standard plastics, some suspending plugs, and some walk-the-dog topwaters - but there was always at least one rod in the rack with a Glass Minnow attached. It won MVP of the trip hands down, responsible for taking the most fish and the widest variety of species. It also took my three biggest reds and my largest trout. It picked up some flounder. On days too windy to head out into the Sound it caught largemouth bass in the more sheltered freshwater.

To continue reading, check out the full post here. 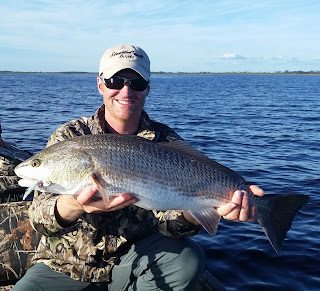